The riddle of the Japanese sausages 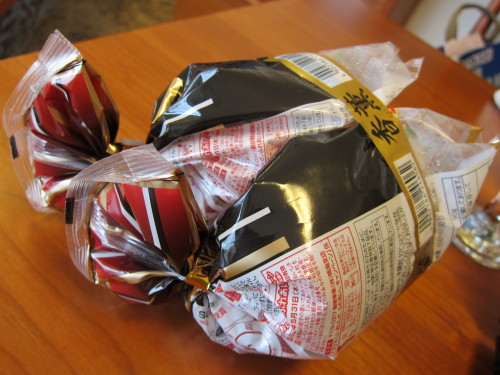 I never understood why sausages in Japan are often packaged in 2 separate inflated bags. The really cheap sausages are most of the time just stuffed in one bag probably to keep costs down and the fancier kind which are usually larger or have herbs or other flavorings inside are in vacuum packs. However, for some very odd reason the ones the general consumer usually buys are in 2 bags that are always taped together and sold as a set. Japan is often criticized for its excessive packaging like for their overpriced fruits, but these inflated bags, not only are these balloons a bit annoying when you are trying to place them in your fridge, but the packaging just made no sense.

So I did some research and found out that the bags are inflated because they are filled with nitrogen to prevent food spoilage. The fact that they are in separate bags then allows for double protection against oxygen because most consumers don’t use all the sausages at once. Apparently these bags of nitrogen are slightly better for keeping the juiciness of the meat than the vacuum packs. However, this sort of packaging is probably only possible because the sausages that the average Japanese person eats are small and a bunch can actually fit in a small inflated bag.

Now not only does it makes sense that all the other larger sausages are in vacuum packs, but also the vacuum packed ham and bacon since they will lose their shape if they were placed in these inflated bags.

So I suppose this solves my silly riddle but not the slight headache of having to deal with these balloon like packaging in my fridge?